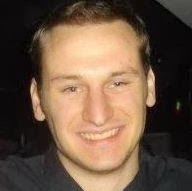 [Docker] Ownership of volume is root - How to change to User:group ?

By Trouffman, July 1, 2017 in Sync Troubleshooting